Gender Diversity in the Boardroom: A vital investment for the future 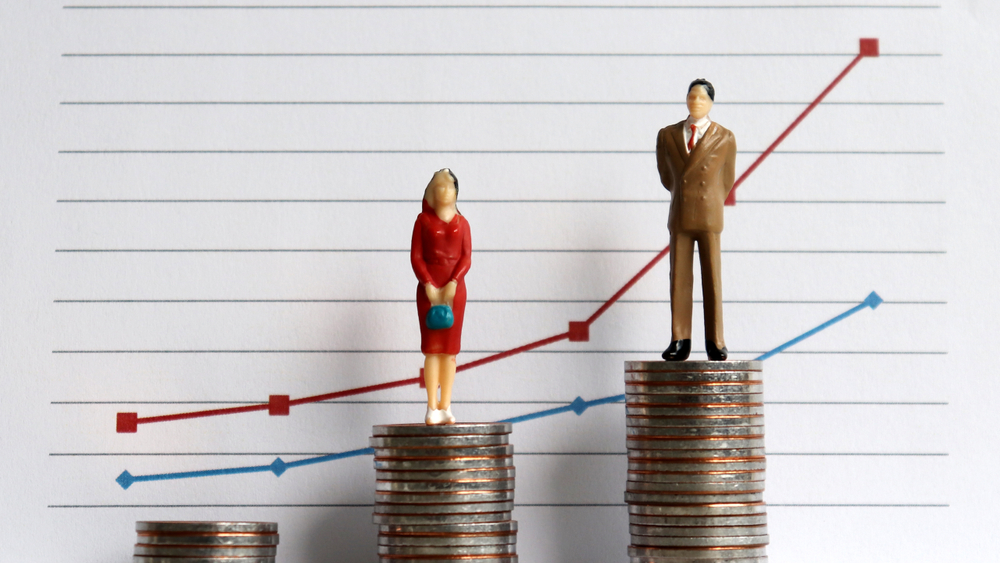 The Crown is a popular drama that tells the inside story of Britain’s Queen and her family. When you think of gender equality, the Queen isn’t likely to spring to mind as someone who has been discriminated against. However, it’s a different story for actress Claire Foy. Despite being in the title role, it was recently discovered that she’d been paid less than the actor who played her husband in the show. Recently rectified, one of the show’s producers later spoke about the fiasco saying, “Going forward, no one gets paid more than the Queen.”

Even the Queen isn’t immune to the pay gap, it seems. Across boardrooms, the same issue arises. Many businesses are aware of the need to achieve gender equality, especially at board level. In the UK, there is now a requirement for companies with over 250 employees to declare their gender pay gap. Those that don’t, face being named and shamed. Thanks to those that did file reports, the scale of the gender pay gap was laid out in black and white. Women at Barclays are paid bonuses that are 73.3% lower than their male colleagues. The hourly rate for women at EasyJet is 45% lower than men.

These numbers were reflected in our data, where EasyJet was the top mentioned company in the news media due to having the highest gender pay gap in the UK. Meanwhile, financial institutions also featured prominently due to a push by investors for gender equality. 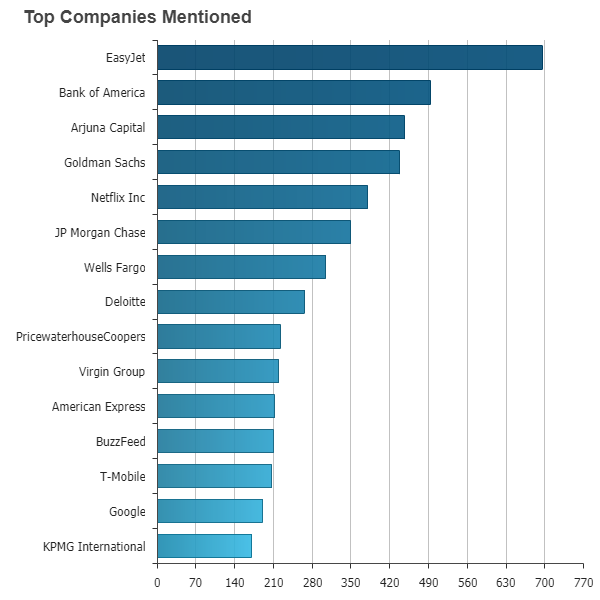 It’s the same story in the U.S. women now earn 79 cents for every dollar a man earns, which translates into a median wage of more than $10,000 less per year compared to men. What is more, women earn less than men in nearly every single occupation – even those dominated by women.

A lack of females in power

In part, this is down to a lack of women at board level. How can you expect to change the system, when the very people affected aren’t represented in the boardroom? In recognition of this, the EU is pushing for a 40% quota for women on corporate boards to ensure greater representation. However, in the meantime, a quarter of board members in UK companies are female. In the U.S. financial sector, women represent only 18% of the C-suite. That’s despite an over 50:50 even split at entry level.

The issue often arises at key events throughout the year.

It comes to a head at annual general meetings

For the film industry gender equity gets its due attention at Cannes. In the corporate world, it’s at companies’ annual general meetings (or annual shareholder meetings). For good reason. Gender equality isn’t merely a socially just thing to achieve, it can have tangible benefits on an organization’s bottom-line.

There’s a reputational element to it too. Better diversity means a better reputation.

That’s why investors are beginning to take an interest. Arjuna Capital,who also appeared in our data as a top mentioned company, recently persuaded several companies (including American Express, Microsoft, and Amazon) to disclose their gender pay gaps. The Investment Association has warned companies, including oil giant BP, to appoint more women at senior level or to face increasing unrest at shareholder meetings.

Equality shouldn’t be a seasonal fad

It makes sense, therefore, for investors and shareholders to push for better gender equality. But promoting gender diversity shouldn’t be an annual activity. It needs to be year-round. Some investors are waking up to this – Helena Morrissey recently announced the Girl Fund that allocates funding to companies that score higher on diversity. To improve gender equality, perhaps investors literally need to put their money where their mouth is.

Investors are starting to notice

Our own research has backed up much of what we’re now seeing in the media. Investors are increasingly noticing the gender disparities in the organizations that they invest in. The Church Investors Group, a major institutional investor managing £17bn in assets on behalf of the Church of England and nominated charities, for example, are pushing for women to represent at least a third of the board. Investment groups are realizing the influence that they hold over companies and are beginning to use this to drive change. One of their priorities is in addressing the gender divide.

However, more still needs to be done. Even the progressive efforts of the Church Investors Group is a woefully low standard. And just today, a UK government report exposed the lamentable excuses top executives have used to excuse the lack of women on their boards.

For sure, there are some tough questions to wrestle to the ground. In the pursuit of equality is it “fair” to positively discriminate towards women? Surely, the best person for the job should be an appointment at board level… regardless of whether they are male or female. Can institutional investors use their might for good and adopt a standard that would help prioritize the issue and instigate real and effective change? How far can we get with simple transparency? If more countries followed the UK example and required companies to report their gender pay gap, would companies start to act differently?

We must push for equality, every day

The gender pay gap is experienced by at least half of the population every single day. In fact, the total cost of pay inequity is widely felt when you consider the number of families headed by single women (23% in the US). It shouldn’t be something brought up once a year at shareholder meetings. Achieving gender equality in pay and in the boardroom must be something we talk about all the time. It’s only through bringing up the topic day-in day-out that change will really occur. The AGM is a good start for gender equality, but it shouldn’t be where the discussion stops.

Karen Kaludov is North American Managing Director at Polecat. She holds a Phd in Sociology from University of California San Diego and has spent the past 10 years providing research-based guidance on reputation management to some of the world’s largest corporations.