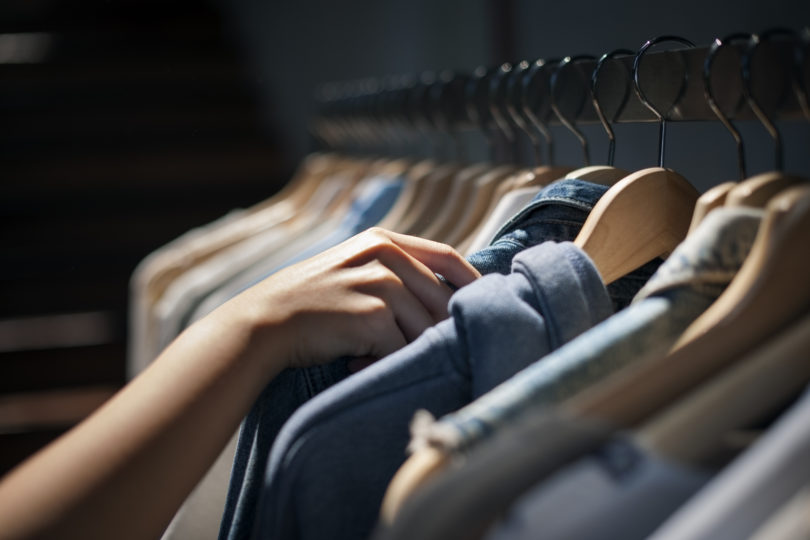 Brands have always been held to account for advertising or business activities that customers perceive as perpetuating racism. Last year we wrote about an advertisement at Unilever that prompted widespread criticism of racist messaging in how the company marketed some of its beauty products. Social media, along with the 24-hr news cycle, provides an ecosystem where such outrage can grow exponentially in no time. While brands like Unilever don’t set out to be racist, more effective systems and vigilance are clearly needed to avoid causing inadvertent offence through ignorance.

H&M learned this lesson earlier this week after they came under fire for publishing a promotional image on their UK and US websites featuring a black boy wearing a hooded jumper with the words “Coolest Monkey in the Jungle” emblazoned across the front. The ad has been decried as racially insensitive due to the historical use of the word ‘monkey’ as a racial pejorative and has prompted celebrities, musicians and athletes to cut promotional ties with the brand.

Social media data provides a stark view of the intensity of outrage and shape of online conversation about the incident. The last few days saw negative comment about H&M peak at around 77,000 posts compared to an average of 400 per day over the last six months.

The geography of the conversation is also important. While the image was published on UK and US websites, South Africa saw the largest share of postings over the last seven days. The country is no stranger to boycotts, which was a common tactic against companies that did business there during 5 decades of apartheid, which ended in 1991. As a result, South Africa pioneered leading practices in corporate governance, such as the King Code, setting out the requirements of responsible and ethical business.

Indeed, while calls for boycotts are a typical response to consumer brands that cause offence, one Twitter user went a step further by tweeting “Boycotting H&M isn’t the answer. The answer is stealing their clothes.” The tweet received over 29,000 retweets and 72,000 likes as of Thursday causing ‘answer is stealing’ to become the most prominent emerging topic in social media conversation about H&M this week. 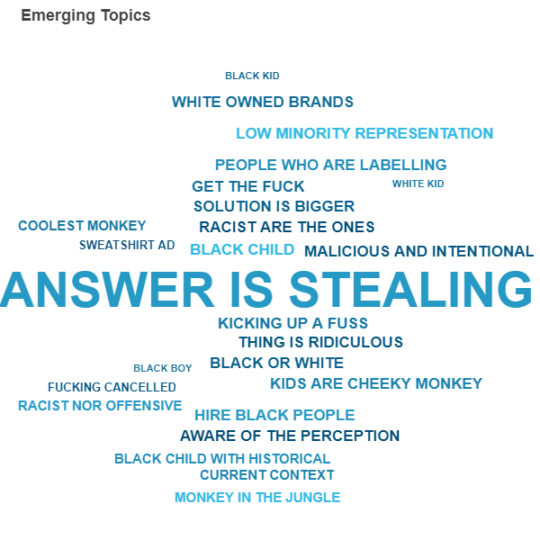 Companies suffer reputational damage when advertising messages are perceived as racist. Even unintentional errors offend because they speak to an insensitivity and lack of diversity in the company’s fundamental decision-making mechanisms. Licence to operate and hard-earned brand values are at stake when customers abandon brands they no longer trust on important social issues. In the last several months we’ve seen two major brands with ostensibly large marketing budgets and teams fall foul over perceived racist advertisements. But just as technology and social media accelerate the damage, new digital listening solutions can also serve as a salutary and near real-time guide for companies seeking to more sensitively navigate their brands through the universe of fast-changing stakeholder concerns and perceptions online.