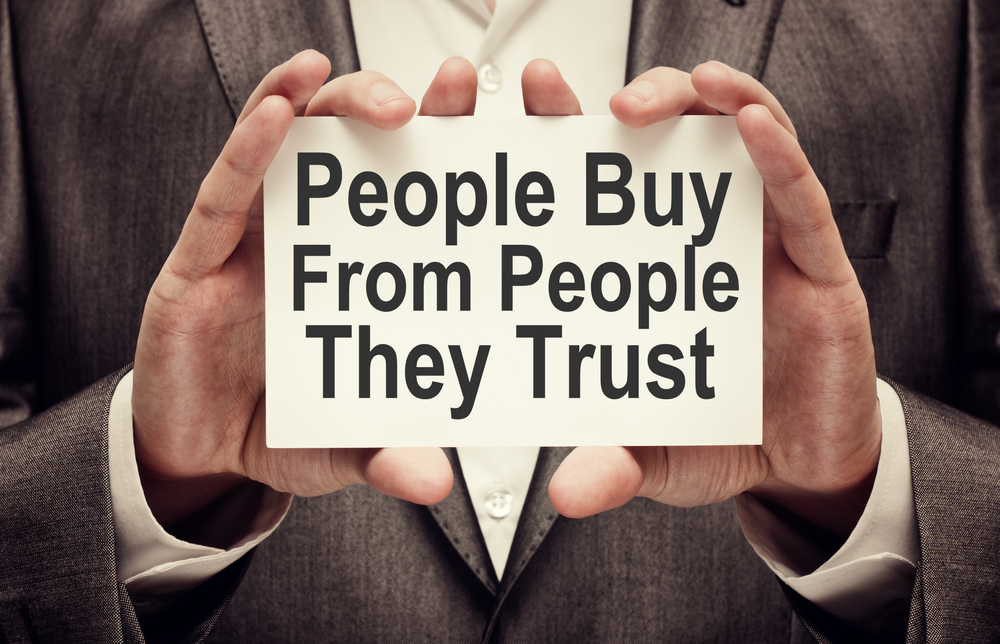 But it’s back on many Chief Marketing Officers’ (CMO) agendas, thanks to the sheer amount of social media and online discussions happening today. Consumers will happily unpick an organisation’s successes and failings online, as it happens, in 140 character Tweets or forum posts. Meaning there’s an unavoidable impact on marketing. It no longer exists in a bubble. Everything happening around an organisation will affect how its marketing is perceived and the overall success of a marketing strategy.

A savvy CMO understands that in the information age, reputation precedes marketing.

Any marketing campaign ultimately aims to convince someone to purchase. Before the point of purchase, however, a potential customer could interact up to eight different times with a company. When hearing about a new business, one of the first things a potential customer will do is to look it up to discover more about it.

That’s where reputation marketing really matters. If a company has bad reputation management, via a slew of negative press and unhappy social media posts, it’ll be one of the first things that a consumer discovers.

Plus, there’s more trust placed on third-party information about a company. 88% of consumers say they trust online reviews as much as a personal recommendation from a friend.

Reputation and trust as a competitive advantage

Trust is in high demand, especially after the fake news fiasco. It has a direct impact on the bottom line, offering a competitive advantage and driving belief in an organisation. Reputation protection and trust have, therefore, become a board-level issue.

A good reputation isn’t built overnight - but it can be undone in a day. Consider tech unicorn Uber. Its reputation has taken blows from numerous scandals, starting in 2014 with CEO Travis Kalanick making a sexist joke, to June 2017 when Kalanick eventually resigned following pressure from investors. During that time, Uber has lost market share to rival company Lyft.

Tracking all discussions across multiple channels

Multiple channels now contribute to corporate reputation. Press coverage plays a part, however, social media, blogs and forums are also involved. To keep on top of emerging issues and key influences on reputation management, organisations must track all discussions on all platforms amongst all stakeholders. Reputation protection is no longer about crisis management. It’s not about reacting to negative coverage, but proactively shaping the way consumers talk about an organisation.

Quick, proactive tracking of all stakeholders

The always-on nature of the Internet requires 24/7 monitoring and alerts. It’s not enough to respond to concerns one or two working days later. A better approach would be to preempt any concerns and mitigate them before becoming a wider issue.

Organisations need a global outlook on potential reputational risks. Swiss bank BSI ended up closing because of Malaysia’s 1MBD financial scandal that it was embroiled in. Rumblings in one country could have real ramifications to the bottom line in another.

Consumers aren’t the only stakeholder group who need to be tracked. Industry bodies, legislators, NGOs, investors and competitors all feed into the wider marketing ecosystem. Without clear insight into the concerns and drives of these groups, marketers cannot communicate or respond effectively.

The reputations of suppliers and partners also matter. Global companies are increasingly being held responsible for the actions of companies in their supply chain, like Nescafe and its accountability towards slaves on a coffee plantation.

New forms of online communication have re-written the reputation marketing rulebook. This was recently discovered by PR firm Bell Pottinger. It’s approach to a South African racism scandal was to attempt an old-school iron fist technique to try to kill the story. It failed to understand that public outrage and social media would prevent the story from dying. Ultimately, that led to the demise of the company.

It highlights the power now in the hands of consumers. They can actively mould corporate reputation. Marketers need to understand how to use this to their advantage, by fostering a trusting relationship with consumers and not shutting them out.

Transparency in communications used to be a big no-no. It’s now a major tool in the reputational toolkit. Drinks brand Innocent illustrated how transparency can steer public perception. When bought by Coca-Cola, Innocent’s founders honestly explained why they sold to the drinks giant. In doing so, they stopped the public from accusing them of ‘selling-out’ and instead fashioned the investment as a good thing for the company and wider society.

After the Director of the U.S. Food and Drug Administration expressed concerns about the side effects of high-cholesterol drug Crestor, pharma company AstraZeneca took the unusual step of putting raw clinical trial data on its website. Thereby allowing independent researchers to analyse the data themselves. This move helped to re-establish trust in Crestor and stabilise its market share.

Marketing and reputation complement each other

Today, every company is in the spotlight. Reputation protection needs to be as business-as-usual as maintaining a firewall. Marketing leaders need to understand the intricacies of the markets that they operate in. Discussions across all stakeholders and markets need to be tracked in real-time, prioritised and responded to. Technology has responded to this need, with solutions readily available for forward-thinking CMOs.

With proactive reputation marketing, companies don’t just mitigate risk but also take advantage of the opportunities presented by a good reputation. Marketing and reputation are not exclusive, but complementary. It’s reputation’s job to build the credibility of marketing, and marketing needs to reinforce reputation as well. The two have to work together, for marketing to work at all.