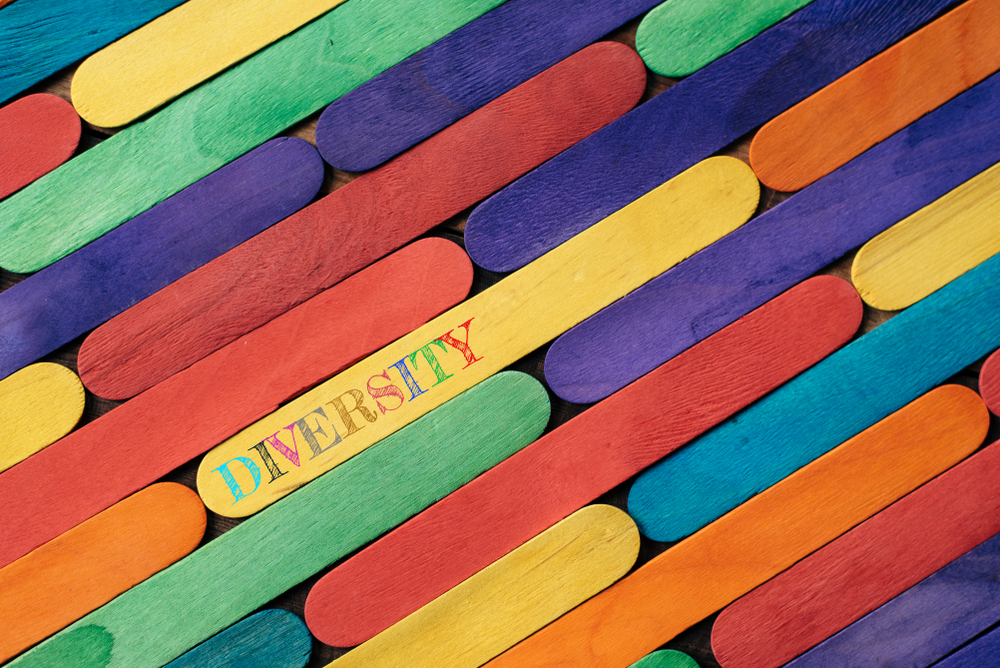 This summer saw viewers eagerly glued to television screens watching the World Cup and Love Island. But these two shows have more in common than just high viewership. Both highlight important issues around diversity and how society, as a whole, sees it.

Controversy began when viewers questioned why producers edited out a black contestant’s relationship on Love Island. Others now question whether there is a diversity issue with contestants cutting a one-dimensional figure - in age, race and body shape.

Meanwhile, France, the winners of the World Cup, have been praised for the diverse backgrounds of the players. The Undefeated tweeted: “France just won the #WorldCup, but so did Cameroon, Angola, Nigeria, the DRC, Mali, and Guinea and Senegal. The Cup may have never before belonged to so much of the world.”

Society are now more vocal than ever about diversity. Today’s organisations too, are not immune to the issues being discussed. Often, they are called out for missteps. Diversity is such a hot topic that companies must do more to participate in the public conversation. They need to address society’s expectations for diversity.

Diversity in the boardroom

Diversity is a big issue for all companies, especially at boardroom level. A perceived lack of it can negatively impact a company’s reputation. As shown by Facebook’s recent diversity report, which has led the company to be criticised for its slow improvement.

Lack of diversity is felt across the board. Gender diversity has stalled, with the number of females on FTSE 350 executive committees remaining the same since 2016. Now there are doubts over whether companies will hit the UK Government’s gender diversity targets by the 2020 deadline. That’s despite diversity being good for the bottom line.

Diversity discussions need to be routine

What sets diverse organisations apart from those that are failing at diversity is that they don’t just pay lip-service. Diversity is integral to their company culture. It’s not just about an annual diversity report. It’s a daily effort.

The Huffington Post champions female journalists, especially in roles that require a unique female insight (reproductive rights, for example). The Editor-in-Chief is female and 49% of all bylines written on the site come from women. It lives the ethos of its female founder, Arianna Huffington. She has highlighted the need for more diversity at all levels. Her book, Thrive, doesn’t just centre on the need for a different measure of success. It also suggests that our time-poor, money-driven culture is driven by decades of male leadership. 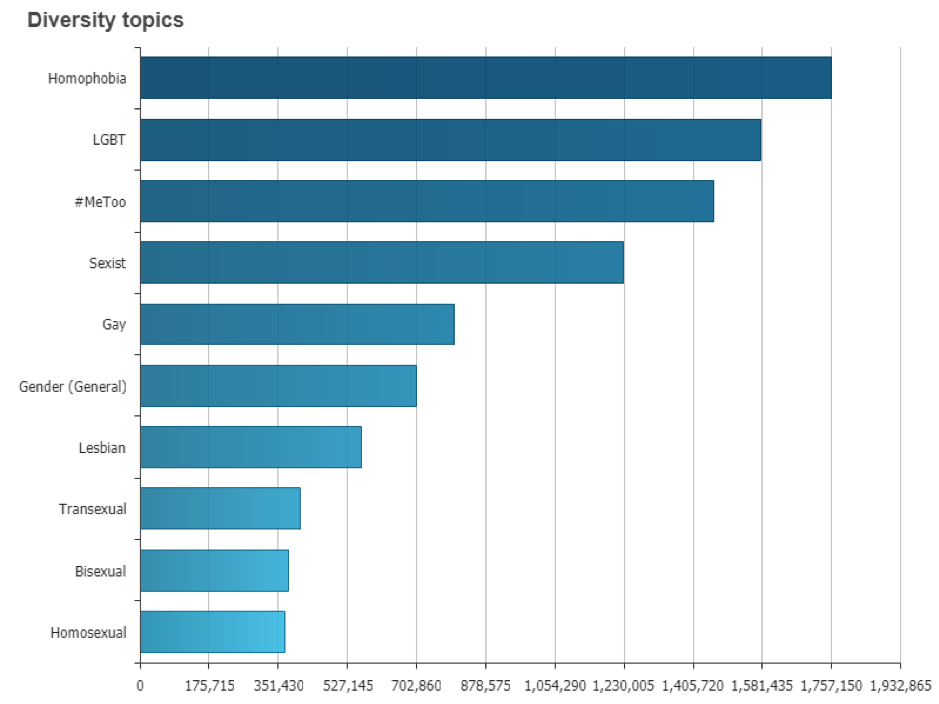 Diversity is a subject that’s rarely out of the headlines or off social media. Polecat data from the past 90 days show constant mentions of diversity issues covering gender equality, body image, LGBTQ and race. Company culture is particularly linked to diversity. As is harassment.

The Cheesecake Factory recently received backlash online for the harassment of a black man wearing a MAGA hat in one of its stores. The employees involved were immediately suspended. It received almost 38,500 mentions about the incident on social media.

Diversity as a company culture

Company culture is no longer locked behind office walls. It’s out there for the world to see. Organisations need to cultivate a culture of diversity and understanding. Failing to do so leads to public criticism.

Diversity shouldn’t just live in a company policy. Society calls for diversity to be challenged and improved every day. It’s not about quotas (although hiring a more diverse C-suite would likely help). It’s about celebrating diverse companies and learning from them.

Similarly, Coca-Cola offers diversity training and a dedicated diversity library to educate its workforce on unconscious bias, equal pay and diverse leadership. It states that diversity is, “...more than just policies and practices. It is an integral part of who we are as a company, how we operate and how we see our future.”

The reputational benefits of diversity

Failing to address diversity issues could cause corporate reputation to suffer. Equally, promoting diversity could be a great opportunity to build relationships with consumers.

Keep up with the culture

Today’s organisations need to keep up with the times. It’s 2018 and diversity issues are still very relevant and impacting a huge proportion of society. Social media has given a louder voice to these issues. The standards for diversity are higher than ever - and rightfully so. People are demanding a fairer workplace, and it’s up to organisations to recognise this with meaningful actions.